Operating agreements are coming to an end as non-profits and co-ops retire their respective mortgages. 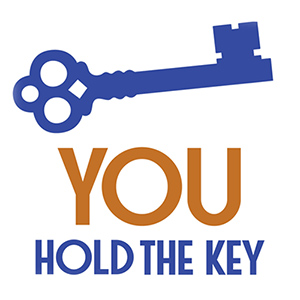 The end of agreements raises big questions about the future affordability of these homes for low and modest income individuals and families, given the competing demand to meet capital requirements on aging buildings. With more than 80,000 households on the waiting list for social housing in Toronto alone, we can’t afford to lose a single unit of affordable housing.

There is no doubt that there will be growing pressure exerted on the federal government to continue the flow of funding after the end of the operating agreements. There are numerous stakeholders in this effort. Federally funded co-ops, aboriginal housing, provinces, and municipalities all have housing built under federal programs. We need to work together to ensure that the federal government continues its investment in affordable co-op and non-profit housing.

Arguments will be made that many non-profit providers should be able to find the resources necessary to replace the government funding from their mortgage savings. However, it is clear from most analyses that mortgage savings alone will not allow many providers to keep present ratios of RGI assistance, refinance for future needs and keep break even housing charges at existing levels of affordability, all at the same time.

After the end of the operating agreements, new partnerships can be developed between government and housing providers. Through these partnerships and programs, we have an opportunity to not only ensure the continued provision of affordable housing but also to increase the capacity of the co-op and non-profit sectors to actually increase the number of affordable homes across Canada.

After the end of the Operating Agreements governments should

Step 1: Continue to invest the funds allocated in the agreements in the co-operative and non-profit housing sector to ensure that these housing providers can continue to provide RGI assistance to low and modest income individuals and families.

Step 2: Adopt a plan to expand investment in co-operative and non-profit housing to maximize the capacity of these housing providers to provide affordable homes. Co-ops and non-profits are part of the solution to Canada’s affordable housing and homelessness crisis. We can play a bigger role in partnership with government.

We need to work together to create a campaign for affordable co-op and non-profit housing in the post-agreement period.  This is an invitation to all co-ops and co-op members to take part.

What you can do: